A BIG THANK YOU: Thursday night was full of hilarious family stories, the struggles of dog ownership, homebuying woes and more from Chicago-bred funnyman John Mulaney at the BGA's summer comedy fundraiser.

Mulaney returned home for one night only to perform for the sold out crowd at the Park West. This was the fourth annual fundraiser put on by the BGA's Young Professionals Board and the most successful to-date. The roughly 600 guests enjoyed hors d'oeuvres and drinks while checking out the vast array of raffle prizes. Chicago-based comedian Adam Burke, voted the best local standup in the Chicago Reader last year, warmed up the crowd with his candid observations of life in Chicago.

Many thanks to our sponsors, supporters, board members and attendees for another stand out event.

Photos from the event 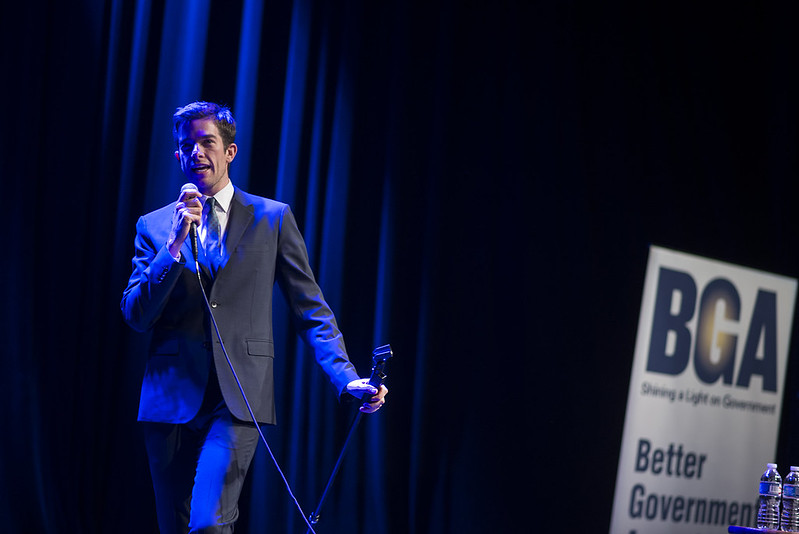 "One of the best stand-up comics alive." - EW.com

He wrote for Bill Hader on Saturday Night Live.

He had his own sitcom on FOX.

He killed it in two sold-out shows in May at the Chicago Theatre.

And now he's headlining the BGA's Summer Comedy FUN-raiser hosted by the BGA's Young Professional's Board!

We guarantee you'll laugh A LOT... all while supporting the BGA's watchdog efforts of shining a light on government and holding public officials accountable.