The City Treasurer is the “custodian and manager of all cash and investments for the City of Chicago, the four city employee pension funds, and the Chicago Teacher’s Fund” according to its website. Not as high profile as some other offices, the Treasurer still is given significant responsibility and has great potential to benefit Chicago communities. On October 26th, the Better Government Association hosted Treasurer Kurt Summers for a Candid Conversation with Andy Shaw and they spoke about the activities of his office thus far. This is what Summers had to say about his tenure thus far as Treasurer.

Upon taking office, Summers undertook a major initiative to pool together the costs of investment counseling firms for the various pensions funds in order to reap savings. Through these arrangements, according to Summers they have “an ability to save $25-50 million a year… $1-2 billion over the life of the plans.” So far, 8 out of the 11 funds have signed on, and several million in savings have been actualized even without all the plans signed on.

In addition to pooling costs, Summers has required banks to disclose where they’re lending. He worked with the City Council on a Municipal Depository ordinance, which gave the Treasurer’s office more leverage over the banks to invest in local communities. As he sees it, it’s the people’s money, and that money should be leveraged to benefit the people.

Summers spoke of how this year alone they generated $100 million from the portfolio their office manages, doubling the amount generated last year. In his words, that’s “less money we would have to get from taxes… more money for [the people].”

Summers has also asked City Council to allow him to invest more money into communities and local startups, arguing that “we’re afraid to invest here because of the headline risk, afraid to invest here because of political risk. We invest in Greece, or Turkey, and (if) they have a coup, and we lose all our money, no one loses their job. If you invest down the street and the person who is the lawyer for that real estate deal is a cousin of an Alderman, your job is at risk. Meanwhile communities suffer and they lose. I’m talking about a very small portion, 100 million of the 50 billion that we have invested, 100 million of 6 billion in my office and ceding that to attract other capital from the private sector to invest in Chicago.”

On a final note, the Treasurer’s office offered its support to a lawsuit which alleges that the major banks are engaging in collusion, anti-competitive behavior, and rigging the markets to cost taxpayers money on their investments. According to Summers, the banks “closed out anyone else who wanted to be in the market. If the market was poised to move against them, they could control that, and no one would know.” Summers’ view is that this is also criminal activity worthy of being investigated by the Department of Justice. Although the police and Chicago Teachers pension funds have joined in the suit, the City of Chicago has not yet done so. 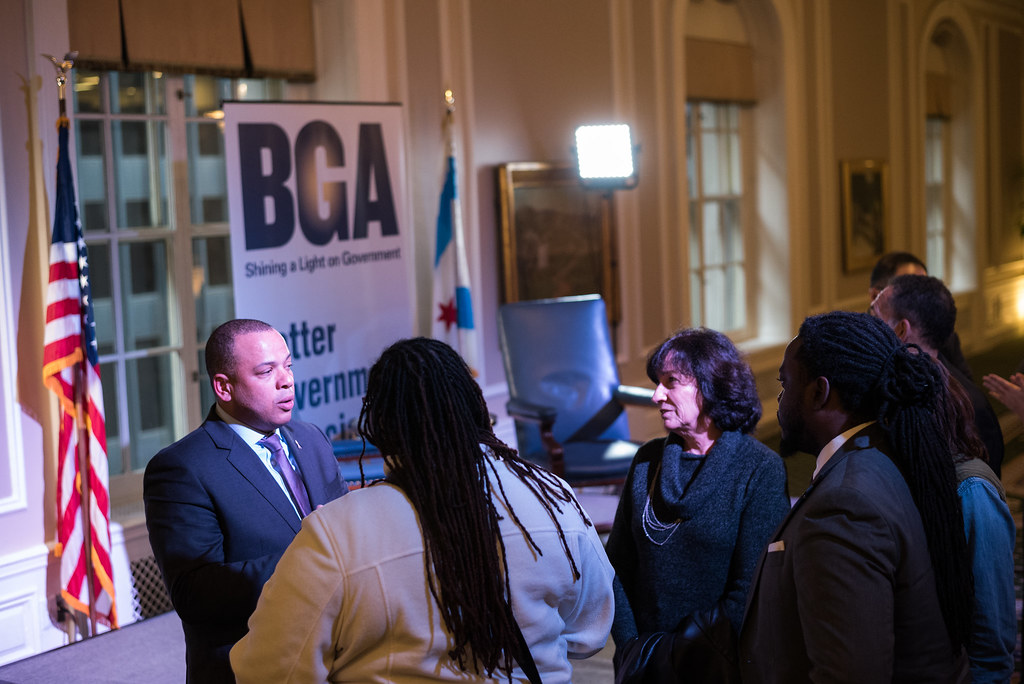