The Richard H. Driehaus Foundation Awards for Investigative Reporting honor some of the best government-related investigative reporting in the Midwest. These Awards recognize the importance of investigative journalism in advancing the principles of democracy.

Hear more from this year's winners

Chip Mitchell from WBEZ 91.5 talks about Inside Ipra 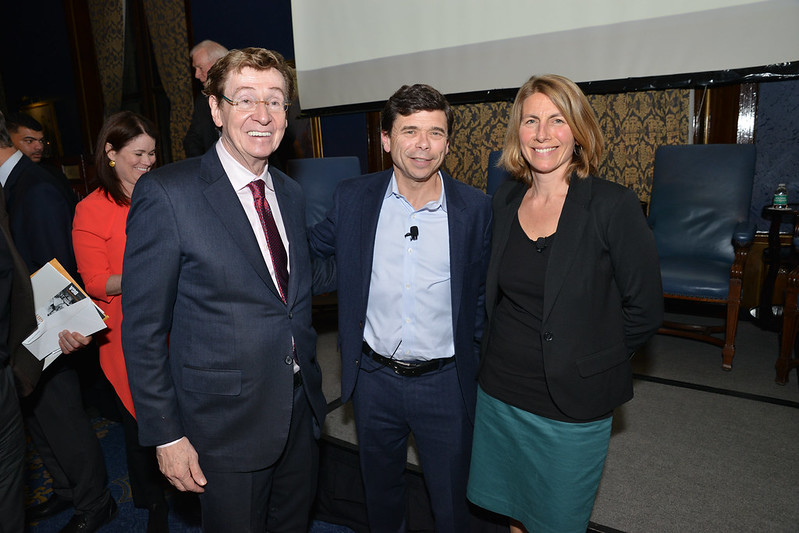 Robinson, played by Michael Keaton, is Editor At Large at the Boston Globe. Robinson, who led the Boston Globe Spotlight Team that won the 2003 Pulitzer Prize for Public Service for its investigation of the sexual abuse of children by Catholic priests, returned to the newspaper in 2014 after seven years as Distinguished Professor of Journalism at Northeastern University. He also co-authored the 2002 book, "Betrayal: Crisis in the Catholic Church."

Pfeiffer, played by Rachel McAdams, is a reporter covering nonprofits, philanthropy and wealth, and was on the Spotlight Investigative Team that won the 2003 Pulitzer Prize for Public Service. She has also been a senior reporter and host of All Things Considered and Radio Boston at WBUR, Boston’s NPR station, and a host of NPR’s nationally syndicated Here & Now. At WBUR she won a national Edward R. Murrow Award for broadcast reporting. Pfeiffer was a John S. Knight journalism fellow at Stanford University and co-authored "Betrayal: The Crisis in the Catholic Church."

Rezendes, played by Mark Ruffalo, is a member of the Boston Globe Spotlight Team and shared the 2003 Pulitzer Prize for Public Service for revealing the cover-up of sexual abuse in the Catholic Church. In more than two decades with the Globe, Rezendes has investigated a wide array of additional topics, including the September 11 attacks, health care costs, and money in politics. He is a co-author of “Betrayal: The Crisis in the Catholic Church,” and a contributing author to “Sin Against the Innocents: Sexual Abuse by Priests and the Role of the Catholic Church."